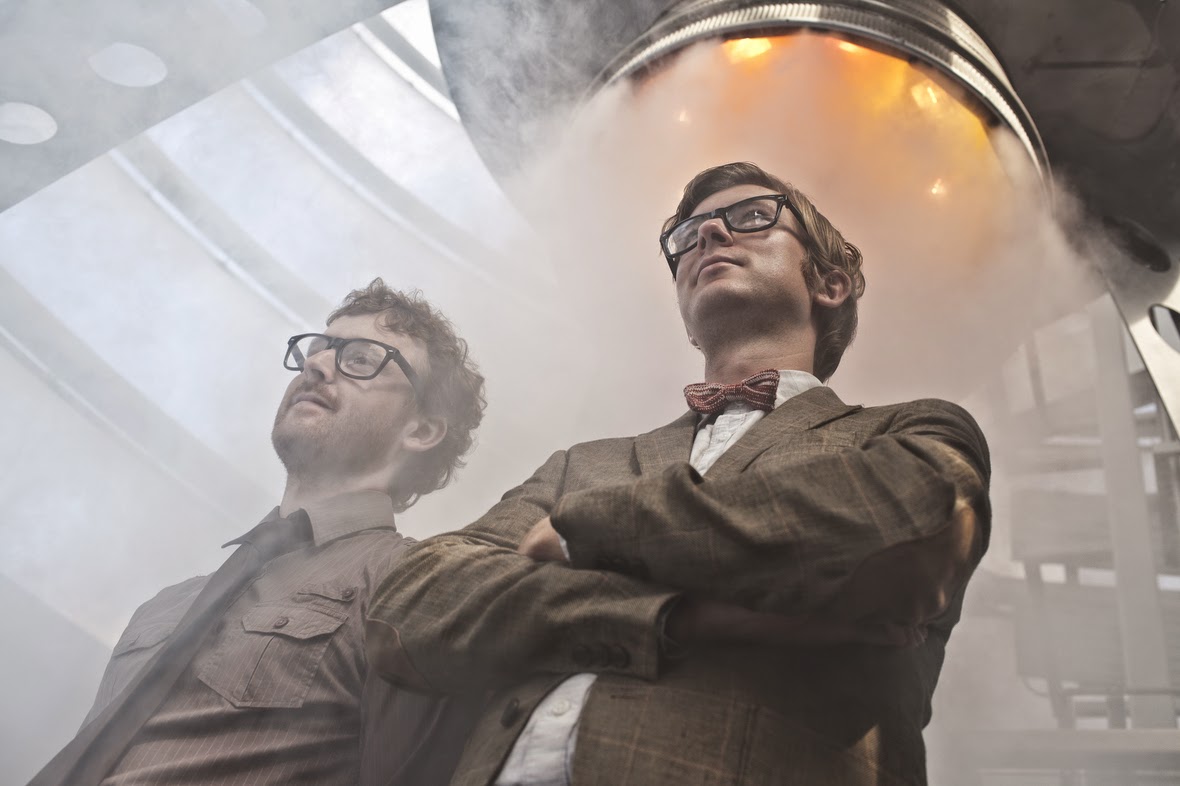 Public Service Broadcasting are back.

This is not a drill. I repeat, Public Service Broadcasting are back.

It is with great pleasure that we can say that J Willgoose Esq. and his esteemed colleague Wrigglesworth will be releasing their 2nd album early next year, and we at The Metaphorical Boat cannot be any more delighted. This blog have been keen supporters of the band since early 2012, and we were delighted when more and more people warmed to them, to the point that by the time they released "Inform-Educate-Entertain" last year, the album crashed into the chart at #21, with the band's selling out some large venues whilst promoting the album. And of course, they were not only responsible for this blog's top album of 2013, but also the top song of the year as well, with the wonderful "Signal 30".

So it goes without saying that we have been awaiting their follow-up album with much excitement, and it looks as if it's going to be a fantastic one indeed. "The Race For Space" will see the band looking to the stars as they give us a musical accompaniment to the Cold War space race between the USA and the Soviet Union between 1957 and 1972, using vocal samples taken from the time. As recent weeks have demonstrated, there is still an insatiable appetite from the public to learn more about the world beyond our atmosphere, so there couldn't be a better time for Public Service Broadcasting to, as their maxim states, teach the lessons of the past through the music of the future. Although I loved "Inform - Educate - Entertain", a few people felt that the album didn't have a real theme running through it, unlike their earlier "War Room" E.P, so hopefully theming a full-length record around a central concept will help to silence the doubters.

And finally, the band have just made available the first single to be taken from the album. "Gagarin" takes its name from Yuri Gagarin, the first man in space, and is very atypical of what one might expect a song honouring a Soviet cosmonaut to sound like, given that it's a funky, brassy disco number that sounds more like a theme tune to an 80s cop show, and a ruddy brilliant one at that.

Unfortunately, if you watch the music video, the chances are you won't be able to hear any of that, as you'll be laughing so loudly that you won't be able to hear anything the first time. The music video sees Willgoose and Wrigglesworth don space suits for a sophisticated, hilarious choreographed dance routine that's as ridiculous as it is informative. If this goes viral, I will not be shocked. We may have just found the winner of the internet.

Welcome back, Public Service Broadcasting. I look forward to the launch of their new album, and given that they've already sold-out two nights at the National Space Centre in Leicester, they are undoubtedly going to be blasted off into the stratosphere.

"The Race For Space" will be released on the 23rd February 2015. "Gagarin" will be available to download from 1st December for people who pre-order the album from the band's website.

Posted by Christopher McBride at 18:27