Daveit Ferris - This Is Your Captain Speaking 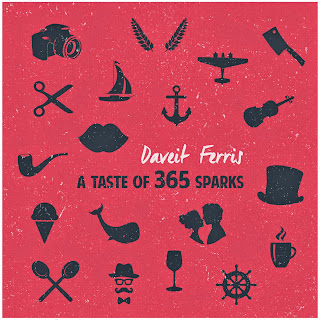 Following a near death experience at the end of last year, Derry musician and former Mascara Story frontman Daveit Ferris decided to pour his creative energies into his music. And by all, we certainly mean all, for Daveit is about to launch "365 Sparks" a project that will see him release a new song every day during 2015. He's certainly not someone who does things by halves.

To whet our collective appetite before the project steams ahead, he's released an E.P of songs to give us a taste of what to expect. Of the tracks on offer, our highlight would be "This Is Your Captain Speaking", a song that should silence the doubters who might think that as output increases, quality takes a nosedive. The song is a pretty darn impressive alternate-rock song that is just screaming to be playlisted on Kerrang! Radio, such is its heavy, driving, early Fall Out Boy-ish sound. Plus, if The Metaphorical Boat is ever in need of its own theme tune, we'll have this one very much on file.

It's a pretty impressive taster for the project, and we wish Daveit Ferris all the very best for the upcoming year. And we very much expect a few of them to pop up again here in 2015.

"A Taste of 365 Sparks" is available to download on a pay what thou likes basis. 365 Sparks begins in January.

Posted by Christopher McBride at 20:47