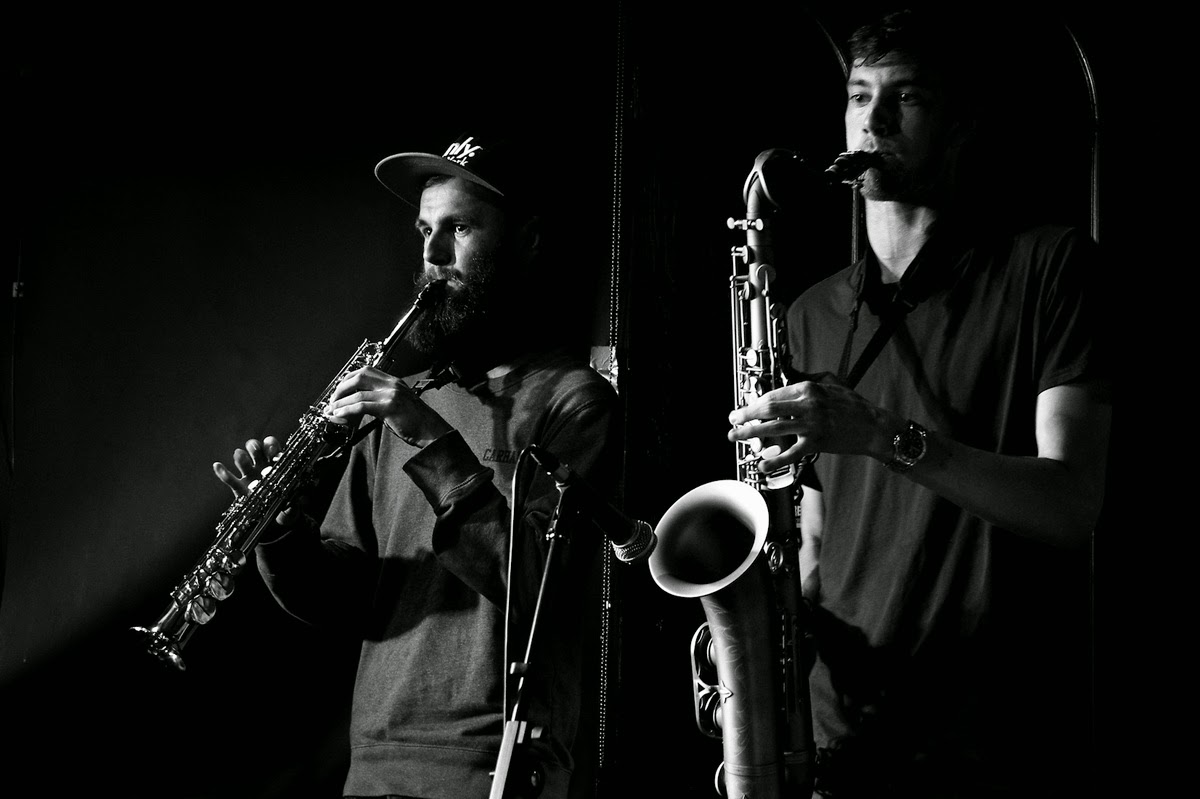 There's no greater pleasure than coming across a local band who sound like nothing else that Northern Ireland has to offer. That's why it was great to be introduced to Belfast group Robocobra Quartet back in July with their single "Artbook Flipping". Its release helped the band to pick up quite a bit of local attention, and the band's subsequent live gigs have received heaps of praise, including the approval of Tom Robinson.

So there's no better time to check in with the band and the release of their latest double-A side single (remember when they were still an actual thing?) "Knotweed/Witch Hunt". The songs see the band mix improvisational jazz with "acoustically sampled melodies" (which we think is the same thing as interpolating) and hip-hop influenced rhythms and spoken word vocals from Chris Ryan*, which come together to create a cacophony of downbeat yet brilliant sonic explorations.

Of the two songs on offer, the highlight would be slightly less chaotic "Witch Hunt". The song is based around a melody by New Jersey saxophonist Wayne Shorter, and is an amalgam of a rather groovy bass line, duelling saxes, and some deadpan lyricism ('How did blue-collar Bruce get to be known as "The Boss"? And if this schedule's not right, how do I know if I've just missed the bus?').

Robocobra Quartet are the sort of band that even if you don't necessarily enjoy their music, you have to admire their drive, ambition, and pure originality. Their sound might be quite a challenging listen, and one imagines that if they tried their hand at a more 'accessible' sound, they would lose that spark of genius that makes them so unique in the first place. However, if you're willing to invest you time in them, you are going to fall in love with something very special indeed.

"Knotweed/Witch Hunt" is available now on a pay what you like basis.


*who's involved in another band we've featured on TMB before.
Posted by Christopher McBride at 16:52