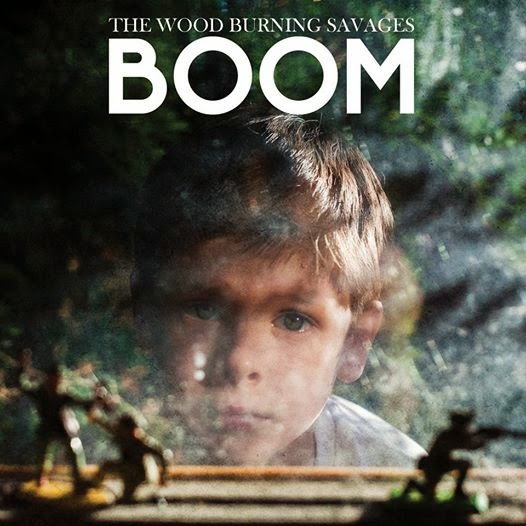 To say it has been a rosy few months for Derry band The Wood Burning Savages would be something of an understatement. As if being declared one of the best live bands in the country by Tom Robinson wasn't enough, the band got the opportunity to play at this year's Glastonbury Festival through BBC Introducing, and by all accounts, they went down a storm.

Now back from a busy festival season, the band have just announced the release of a new single. If you're expecting the shiny disco-rock of their last single, "America", you're going to be disappointed.
Or you would, if you weren't busy being blown away by the sonic rock onslaught offered on "Boom". After spending half a minute getting up to speed, we are treated to a powerful rock anthem-in-waiting from the four-piece.

I'm ashamed to admit that I haven't had the pleasure of seeing The Wood Burning Savages live yet, but I'm very much looking forward to it, especially if they've got more juggernauts like "Boom" waiting in the wings.

"Boom" is taken from the E.P of the same name, which will be released on September 29th. The official launch gig will be on Friday October 10th in The Bar With No Name (formerly Auntie Annies), in Belfast. Support on the night will come from Freak's, Hot Cops & His New Atlas.