Alvvays - Next of Kin 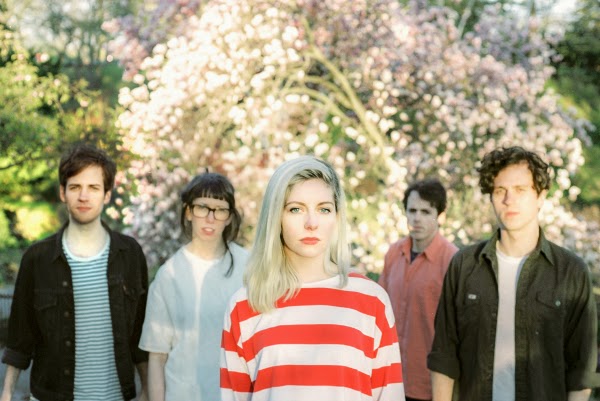 Although there's still three months to go until the end of the year, it is looking very likely that our favourite new act of 2014 is going to be Canadian five-piece Alvvays. After becoming smitten with them after catching them by chance at The Great Escape, they solidified their place in our hearts with the release of their self-titled debut album, a fantastic, subversive album that reminded us that 'indie-pop' and 'twee' should not always be used synonymously.

The band have just released the music video for one of the songs on the album, and I cannot tell you how overjoyed I am at it. "Next of Kin" was the overwhelming highlight of the album, a fantastic song, which is likely to be the jauntiest tune about a riverside drowning that you're likely to hear this year. The chorus is just a thing of wistful beauty, and the stop-motion video they've made to accompany the song fits it very well. I'm absolutely delighted that the song's made the upgrade to single status (or 'focus track', or 'stream grabber', or whatever they're calling it these days). It's a fantastic song, and (SPOILER) is a top contender to be the blog's favourite song of 2014 when December rolls around.

"Next of Kin" is taken from Alvvays' self-titled debut album, which is available now. If you want more reasons to buy the album, check out my review of the album on Drowned In Sound and wonder why this album hasn't yet entered your life.