SOAK - B a noBody 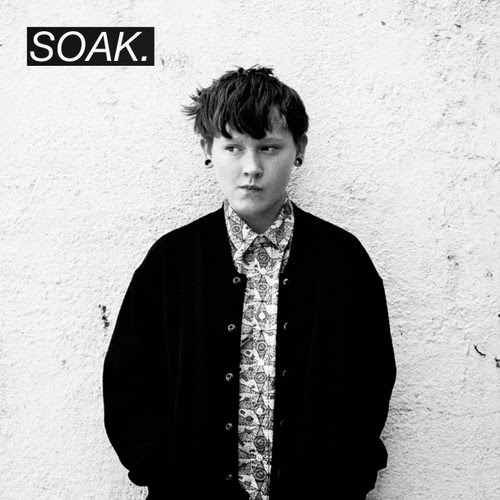 Well, it finally happened. After being one of Northern Ireland's shooting stars for the best part of two years, the release of "Blud" on the record label owned by Chvrches finally saw Derry lass SOAK reach a truly international audience, blowing up the blogosphere which notching up a cool 200k plays on Soundcloud. In a move that has came as a surprise to nobody, the success of that single has seen Bridie ink a deal with a large record label, in this case Rough Trade (the label who also guided another major local act, Stiff Little Fingers, to success a generation ago).

Her first single release on the label is the strangely written "B a noBody". Before you go into grammar fascist mode and point out that the title is not in correct English, I would like to kindly remind you that the English language does not have an official elite sanctioning body (unlike L'Académie française) that decides what words are, therefore as long as people are okay with how it's used, it's grand. That, and it would distract from what is a lovely song about being okay with not having a plan for life. SOAK is growing in confidence and songcraft with each song that she brings out.

The song's release seems like it's been timed for her to be included in every single tastemaker's tips for 2015 list, and rightly so. She is hitting all the right buttons, and the way things are going, she is no more that six months away from the top 40.

"B a noBody" will be released on November 3rd on 7" vinyl, and is available to download/stream as of now.