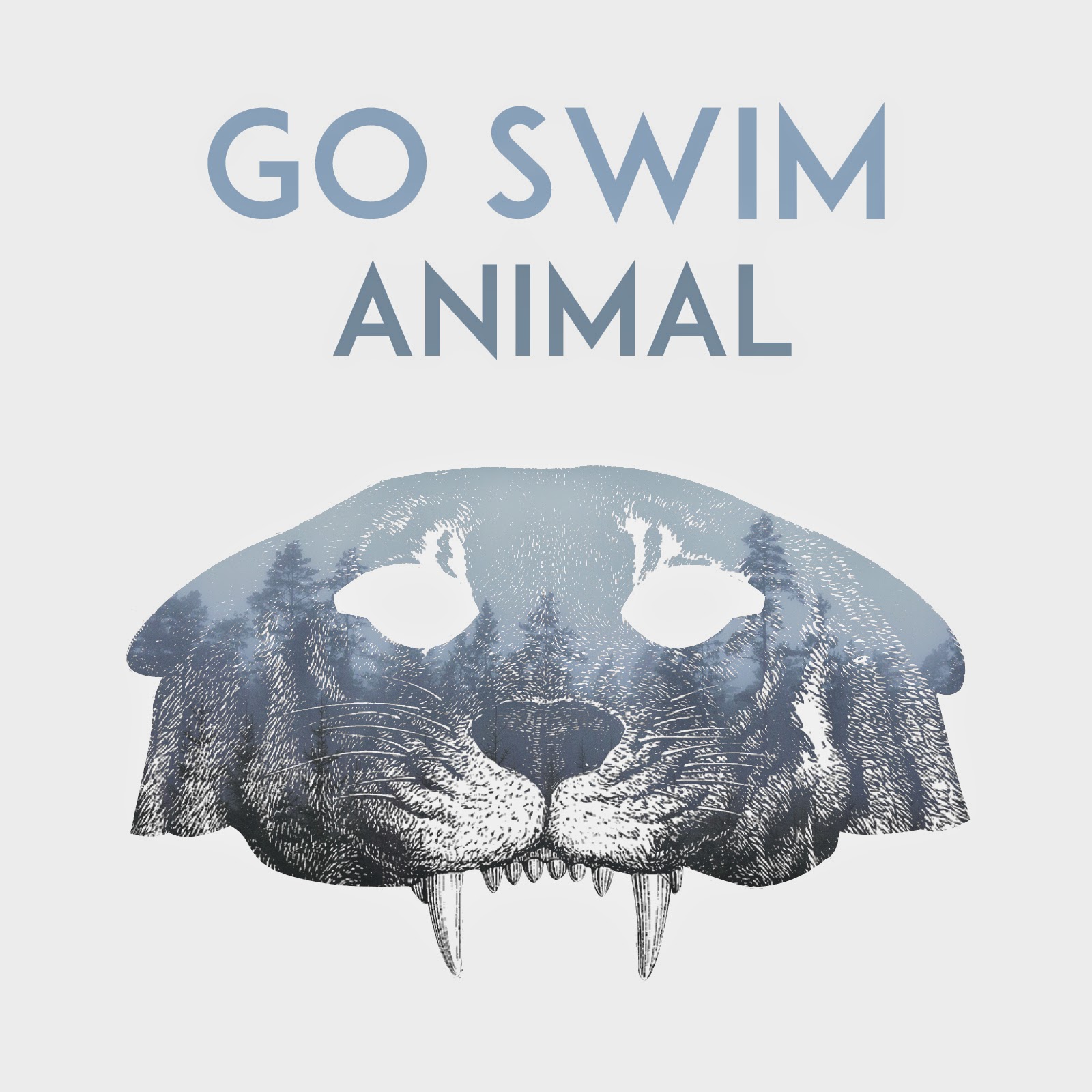 When Belfast band Go Swim released their single "Call Sign" back in February, we commented at the time that the band had managed to find their breakthrough song, one which would act as a new touchstone for their musical development, a song that would make even the doubters stand up and take notice of them. And thankfully for our sanity, we were proven right.

The track picked up quite a bit of blog love, got national radio play both in the UK and in Ireland, and they have secured an opening slot for the Kaiser Chiefs' open air gig in Belfast in August (and we're talking about muscular, rejuvenated 2014 Kaiser Chiefs here, not flabby, 2012, "are they really still going?" Kaiser Chiefs, so that's a pretty big deal). So what better way to follow up on the song's success than to release a new E.P which builds upon that track's sound? Enter the "Animal" E.P.

The E.P's title track, "Animal", follows on from the sound the band established on "Call Sign" (which incidentally also features on the E.P), with its boy/girl vocal interplay, evolving danceable rhythms, soaring guitar riffs and heavy bass lines. It might not be as strong as "Call Sign", but it's a much tighter beast (and at 160 seconds, much more conducive to airplay), and let's face it, not many song released this year will be. Elsewhere on the E.P, "Off The Trail" treads a similar musical path, whilst "Automate" follows a more electronic bent, with a more prominent use of synths and loops than you might come to expect from the band, coming off a little bit like fellow Belfastians Ed Zealous.

"Animal" is a great debut E.P from Go Swim. If you haven't had the chance to investigate the band, there's no time like the present, as the release is the best statement of intent that they have given us to date.

The "Animal" E.P will be released on June 27th. They launch it on the same day at Whites Tavern, Belfast, with support from Gavin Ferris.