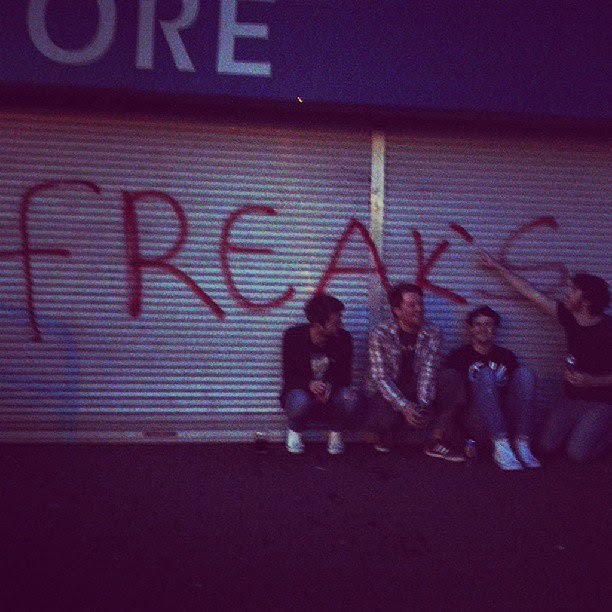 Freak's are fast becoming our favourite rather peculiar yet rather brilliant four-piece band from Strabane. Their last single, "Number 1", picked up a bit of traction off the back of its gloriously bonkers music video, and now the band have followed it up with a new single, "A Minute More".

"A Minute More" is a slightly more 'serious' affair for the band in comparison to their last single, which of course don't mean that it isn't a fun little single. It's a more dance-y effort from the group, with its bassline reminding us a little of "Heart of Glass" with a more indie-rock bent. However, it's the music video where they band's eccentricities really come to the fore, featuring a character who suffers from a rather bizarre clock and timepiece fetish. We don't have enough oddballs in Northern Ireland, so it's always nice to have a band like Freak's in our midst.

"A Minute More" is available to download for a very reasonable price.


Posted by Christopher McBride at 22:25