Blog Collective - God Is In The TV 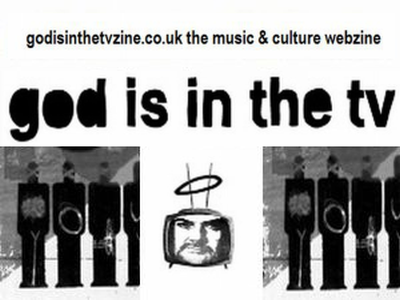 In June, the focus is in God Is In The TV, one of the longest running and most respected UK-based music websites, so much so that they even have their own entry on Wikipedia. Edited by Bill Cummings, the site has a full team of writers dedicated to delivering the best new music, alongside features, news and interviewed. They've covered artists like Arctic Monkeys, The Joy Formidable and The Pains of Being Pure At Heart whilst they were in their infancy, so its fair to say they've got their fingers on the pulse when it comes to finding the hottest new artists.

Given the sheer volume of music the site covers, it was difficult to narrow it down to just five songs, but here are the ones that had the most appeal -

TMB - Sounds like a cross between "Elephant" by Tame Impala and "Boys Will Be Boys" by Ordinary Boys, in the best possible way.

TMB - An hypnotic slice of instrumental electronic bleeps and bloops that just builds and builds.

GIITTV - ...the CuT lads...continue to play their laid-back slice of Surf-Punk and Garage, causing muso-hearts to jump to the beat of their fuzzed-up ‘cool slacker riffs’ married with melodic pop Psychedelia.

TMB - What else can I say? It's a ruddy great garage-rock song.

GIITTV - ...add in the delicate dusting of prime era Sarah motifs a la the Field Mice and The Orchids and the quietly euphoric rush that appears at the 2.51 mark and you have yourself an irresistible shy eyed classic in the making.

TMB - The kind of irresistible, dreamily sung indie-pop The Pains of Being Pure at Heart might have released in 2009 had they not recorded their debut album in a tin can.

GIITTV - The quintessential elements that make the man compulsive are all there.

TMB - I guess including "Parallels" is a bit of a cheat, given that I've extolled the virtues of this song and its corresponding album elsewhere, but honestly, it's the greatest, most heart rendering song the band have released in years. I'm just glad to see I'm not the only person to agree.

Posted by Christopher McBride at 12:44