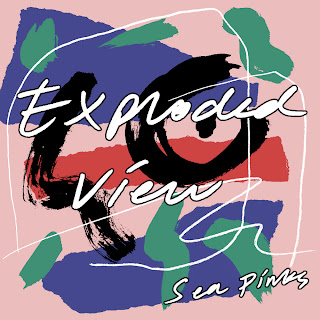 It is no surprise then that the latest song under the name, "An Exploded View", is the best and most confident song they have released to date. In the past, their songs have have tread a similar fuzzy music path to Girls Names, which makes their new song sound very fresh indeed. It is a lovely jangly guitar pop number, a song with a jaunty energy reminiscent of some of the best work of The Coral. Even with three albums already behind them, "An Exploded View" offers us the reassurance that Sea Pinks' still have lots of good work in store for us.

"An Exploded View" will be released on October 5th as a limited edition 7" vinyl, alongside "Magpies Eyes."