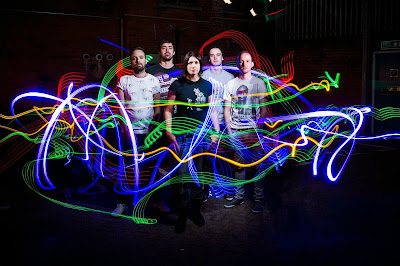 One great thing about following Northern Irish music is that if your favourite band on the local scene splits up, the chances are within a few months members of those collectives will be back with a vengeance within a few months, gigging and recording under a different guise.

Go Swim is the latest project from Belfast musicians who have been involved elsewhere in the past. Guitarist/vocalist Julianne Shaw had been involved with electro duo Nakatomi Towers, who supported Little Boots whilst she was still massive before calling it a day in 2010, and a few members of the band were involved with Parachutes Over Paris, who released a rather fine E.P before fizzling out. Having debuted at the start of the summer with the bouncy "Halo", Go Swim have released two new tracks, which should win them a few more admirers.

Of the two new songs, the best of them is "Spontaneous". At first, the song seems to be your usual Two Door Cinema Club inspired indie-rock tune, which of course is no bad thing indeed. However, any expectations are confounded when the drums come in, a driving rhythm that plays at twice the speed one might expect from the song's guitar riff. Their other new song, "Silver Tung", is a more introspective tune, albeit one which builds up to a powerful climax.

Both "Spontaneous" and "Silver Tung" follow on from the work laid down by their debut single by adding different perspectives to their indie pop-rock framework. Let's hope that Go Swim can progress that little bit further than their predecessor bands did.

"Spontaneous" and "Silver Tung" are both available to download for free. Go Swim will be playing Radar in The Speakeasy, Belfast on Thursday 10th October alongside Hurdles & Affleck.

Photo of Go Swim is © Carrie Davenport.
Posted by Christopher McBride at 15:01