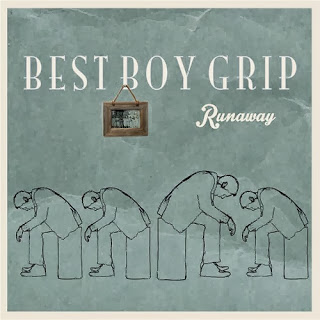 Following on from the release of "The Clerk" back in January, Derry native Eoin O'Callaghan, aka Best Boy Grip, has just released their third E.P, "Runaway", a release which should help to cement them as the city's best purveyor of piano-pop.

Unlike their previous E.P, which saw Best Boy Grip adding electronic elements and expanding the instruments at their disposal, "Runaway" is more of a 'back-to-basics' E.P, stripping their sound back solely to vocals/piano/bass/drums, allowing the songs themselves to come to the fore. This can be seen on "She Was Never a Dreamer" and "Locked In The Bathroom", which exemplifies O'Callaghan's penchant for dark lyrics juxtaposed with poppy melodies. Elsewhere, "Billy", a tale of a friend that you just cannot get rid of, allows Eoin to show off his piano prowess, sounding somewhat like Joe Jackson mixed with Queen's multi-tracked vocals at certain points.

However, it is the E.P's title track that makes this collection well worth you time, because quite simply, it is the best song that Best Boy Grip has recorded to date. Showcasing a surprisingly jaunty side to BBG, "Runaway" is one part Elton John, one part "Video Killed The Radio Star", and five parts the showstopping end of Act I song from every single brilliant Broadway musical of the past 30 years. It is hard to to listen to the song without imagining it being sung on stage in the Ulster Hall by a massive chorus line, complete with a choreographed dance routine (well, at least if, like me, you've got a drama degree). For anyone who feared that Best Boy Grip couldn't match the brilliance of "Barbara", then fret not, for "Runaway" knocks that song straight out of the ballpark.

"Runaway E.P" will be released on October 21st.

Posted by Christopher McBride at 17:25