Hologram - Say What You See 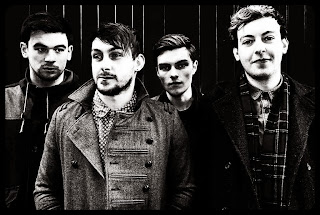 Having stepped away from the band temporarily to release an E.P under his own name back in August, Paul Shevlin has stepped back into the Hologram saddle to unleash their latest track. Presumably taking its title from the catchphrase on Northern Irish comedian Roy Walker, "Say What You See" sees guitars taking precedence over keyboards for the first time. It is also their poppiest single to date as well, with its almost funky rhythm calling to mind certain songs by Foster The People. "Say What You See" seems to have received more attention than some of their other songs released over the past year (including the one which featured on the Brit Awards album), so hopefully this release will give their reputation the big boost it deserves.

Posted by Christopher McBride at 15:09