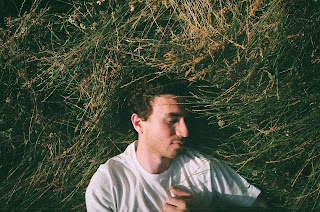 London based Benjamin Garrett, better known to the music world as Fryars, has been picking up quite a few admirers within the music world, with both Depeche Mode and Kanye West allegedly being among his fans, and counting London Grammar and Summer Camp among the groups that he has supported. This is all in spite of him being involved with writing the soundtrack for Danny Dyer's worse-than-terrible film Deviation, proof that there is no sin on earth than cannot be atoned for.

His most recent single is "The Power", a song that has been picking up more than its fair share of airplay on Radio 1's nighttime shows. The song is a dreamy, quasi-psychedelic track that calls to mind "Deserter's Songs" era Mercury Rev, such is its mix of dreamy atmospherics and lovely pop hooks.

"The Power" is taken from his E.P "Radio PWR", which is is out now.

Posted by Christopher McBride at 15:31