We Were Evergreen - Leeway 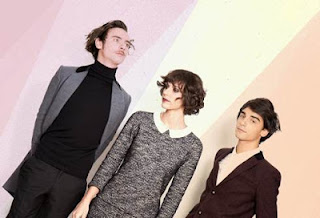 Whenever the blog first took notice of Paris trio We Were Evergreen back in April, I described the group as sounding as if Phoenix had taken their instrumental cues from kindergarten children, given its smart pop-orientated production and its child-like charm. Now almost a year on, the band have lined up their next single, one which furthers their sound without sacrificing the playfulness that marked them out in the first place.

"Leeway" is a song based around a doo-wop vocal sample, which builds up into a quirky twee-pop number complete with an infectious xylophone riff and some lovely vocal harmonies. The trio have come on leaps and bounds in the space of a year, and look likely to become real contenders for one of the most interesting pop groups of 2013.

"Leeway" will be released on February 25th.