Ruairi and The Owls - About You 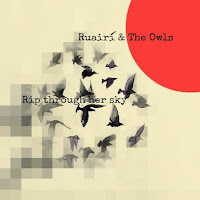 Taking time away from his role in alt-rockers Furlo, Limavady lad Ruairi Connolly takes things into folksier territory through his Ruairi & The Owls project. Having impressed last year with the summer release of the "Fishing in Your Dark" EP, as well as the accompanying single "Let You Out" (featuring Rainy Boy Sleep), the collective are gearing up to release their first E.P of 2013. In order to promote the release, they have made the first song from the release, "About You", available as a free download.

"About You" is a tender song about being in an unhappy relationship, whilst acknowledging the pain that love can cause ("This heart starts to beat, but this overrated meat, has got me in the s*** so many times"), over a folk-rock backdrop complete with interlocking boy/girl harmonies. If you're not familiar with Ruairi & The Owls, then the track acts as a great introduction to their tender sound. And if you were already familiar with them, then "About You" should cement their reputation in your head as a band unafraid to wear their heart on their sleeve.

"About You" is taken from the E.P "Rip Through Her Sky", which will be released on 18th January.

Posted by Christopher McBride at 14:03