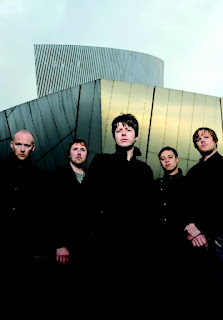 Anthemic-sounding indie is the order of the day for Manchester based group Darktown Jubilee. Mixed by Cenzo Townsend, who's worked with The Vaccines and Lightning Seeds in the past, "Stay" is the sound of a group not necessarily reinventing the wheel, but of a band accepting the wheel as an inevitability and ensuring that said wheel does a good job of staying on the road. That is to say, it's a rather decent tune.

"Stay" will be released as a single on February 18th, ahead of their debut album "The World, The Flesh & The Devil" a week later.

Posted by Christopher McBride at 16:56