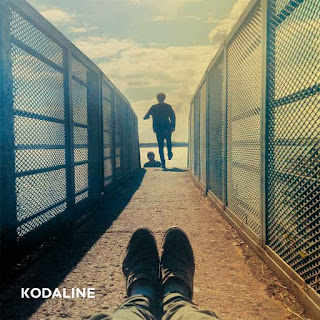 Since they shot into the public consciousness in September with the release of the "All I Want" E.P, Dublin quintet Kodaline seem to have hit upon the winning formula for band success. The formula goes something like this:

Having hit pay dirt with this formula for their first E.P, the group have continued this marriage on to the release of their 2nd E.P. The animated video for "The Answer" which dropped a few weeks ago is particularly emotion-catching, but the music video for the E.P's title track, "High Hopes", is almost exploitative in its appeal to human emotions. The video in question sees a man being saved from suicide by the woman he loves, only to see her shot to death in front of her eyes by an aggrieved party.

By the way, remember the name Stevie Russell in the future. He's the person who directed this music video. Given his ability to manipulate emotions in his directing, I'm sure a long and prosperous career in Academy Award-baiting weepies awaits him.

So is the video manipulative, or just brilliant? At the moment, I feel it's a mix of both, but watch it for yourselves and let me know what you think:

"High Hopes E.P" by Kodaline will be released on 18th March, with their debut album "In a Perfect World" to follow a week later.

Email ThisBlogThis!Share to TwitterShare to FacebookShare to Pinterest
Labels: ireland