Brøthers - We Are Pushing On 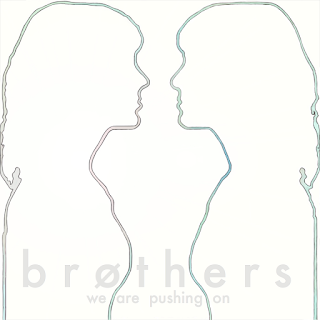 In the increasingly connected internet era, where artists are more open than ever, it's nice to see the occasion artist who keep their cards firmly close to their chests. Take electronic group Brøthers for example, who at the moment seem content to have a little bit of mystery about them. All that's known for sure about them is that they were formed from the ashes of several long-running musical projects, and that despite their Scandinavian lettering, they are an American based group.

And of course, they look like they've got a few great tracks up their sleeve, especially if their debut single, "We Are Pushing On", is anything to go by. The song is a heavy slice of modern electronica, with a chorus that channels the best, more pop orientated aspects of Passion Pit. They may be a group reluctant to give anything away about themselves at this stage, but that doesn't mean that they haven't given us any talking points. They just seem happy enough to let their music speak for itself.

"We Are Pushing On" by Brøthers is available now to download for free.

Email ThisBlogThis!Share to TwitterShare to FacebookShare to Pinterest
Labels: electronica