Stagecoach - Threequel (plus a Cat in a Hat) 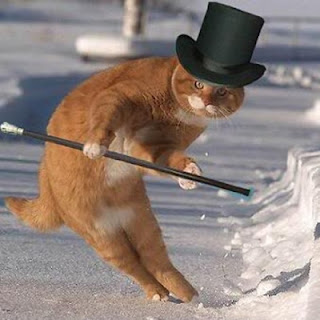 Yesterday I was sent the link to the new track by London based quintet Stagecoach, which will feature on their upcoming album to be released in May. "Threequel" is a fine piece of fuzzy indie-pop, which is very much worth downloading.


However, the band's record label, Alcopop!, felt that just offering the band's song as a free E.P wasn't enough. So in a stroke of marketing genius, the label have created a playlist for myself and several other music bloggers containing songs from both Stagecoach, and other members of the Alcopop roster tailored specifically for each individual blog. Even more exciting, each playlist comes with its own exclusive cat wearing a hat, because if there's one thing the Egyptians and the internet have in common, it's their worship of cats. Above you can see The Metaphorical Boat's rather dapper cat. They missed a trick by not putting it in a sailor's hat, but given that I don't get sent pictures of cats with music that often, I'm willing to forgive them.

All the songs on Alcopop's Cat in A Hat Sampler are available to download for free, with TMB's compilation featuring songs from Freeze The Atlantic, Bear Cavalry, Glow Kit and My First Tooth.

Posted by Christopher McBride at 11:52