Joshua Burnside - If You're Goin' That Way E.P 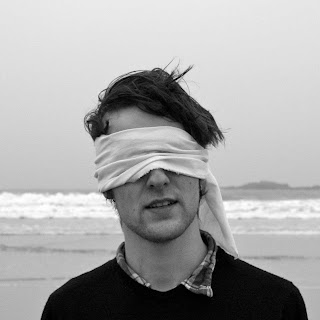 Following on from yesterday's artist who has taken folk in interesting directions, it's time to looking at an artist a little closer to home who is deconstructing the genre. Well, as long as that home is in Northern Ireland, and more specifically Lisbane in Co. Down, for that is the location of singer/songwriter/producer Joshua Burnside. He's released two E.Ps over the past few years, debuting his most recent one, "If You're Goin' That Way", last month.

"If You're Goin' That Way" should act as a good introduction to Burnside's sound, a mixture of deceptively lo-fi folk and sonic experimentation. The E.P's short opening track "Desert Wine" sets the scene for the E.P, mixing plaintive vocals and guitar playing with deep beats and hi-hats which could be best described as "curiously mad indeed." This is followed by "Black Dog Sin", a track which takes Tom Waits' saloon rock archetype and gives it an Irish traditional twist.

"Little Blind", the E.Ps strongest track, is one that plays fast and loose with structure. The first 2 minutes follow the standard angst-y folk pattern, before taking two abrupt generic shifts, firstly into jaunty, Duke Special-esque piano-pop, then switching into a cataclysmic ending with distorted vocals, giving off a slight Grandaddy vibe. The final two tracks on the album are more standard fare, "August 1973" being a decent interpretation of Nick Drake circa "Pink Moon", and "Half Holmes" being a straightforward folk-rock song. Decent tunes, but nowhere near matching the interesting ideas of the first three tracks on the E.P.

There are a few decent ideas floating about on the E.P, and whilst it might not be to everybody's tastes, it is nice to see a local artist attempting to do something different within a genre which is slowly reaching saturation point.

Posted by Christopher McBride at 17:34