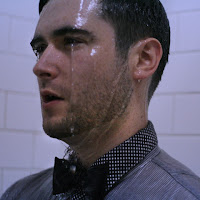 On "Love It Takes", Year Of The Tiger noisemaker and Brooklyn resident Henry Ivry (recording just as Ivry) attempts to do to soul/blues music what Sleight Bells did to girl pop and what Curxes are currently doing to synth-pop - namely stripped it down to its essence, then distorting it beyond the red. Just because he can.

It might be a little sugary or straightforward for some people's tastes on first listen, but beneath the veneer it showcases an interesting take on mashing two disparate sounds together.

"Love it Takes" is taken from the self-titled debut E.P "Ivry", which is available as a free download.

Posted by Christopher McBride at 13:54