A Northern Light - Kill It 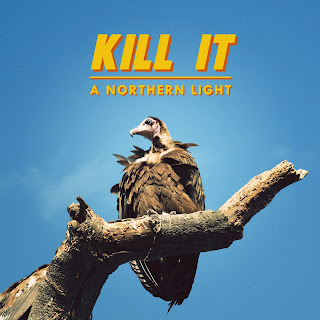 I've literally been waiting months to be able to share this song with you, so I'm sincerely glad to finally be able to post this song/video from Belfast trio A Northern Light. Since forming at the beginning of the decade, the group have released several singles and E.Ps, as well as building up a following on the local circuit

A couple of months ago, "Kill It"  received its premier on BBC Radio Ulster's Across The Line programme, where it was well received by the audience and presenters alike, being described as a "massive step forward" for the group. However, despite its instantaneous appeal, the song itself hadn't been uploaded to Soundcloud/YouTube or any social media, meaning that anyone wanting to hear the song would have to either listen to local radio in the hope that it comes on or trawl through the iPlayer until they found it.

That is until today however, as the band have released the song onto the net for the first time, and it is well worth the wait. "Kill It" is a song that should, nay, must catapult the band to the forefront of Belfast's music scene. The song takes the standard rock format and augments it with electronic percussion and trance synths to wonderful effect - think Enter Shikari, only less screamy and not rubbish. It's a sound that's sleek, professional, anthemic and perhaps crucially, very different to the sound of other groups currently plying their trade locally.

If there's any justice, "Kill It" will be the song that makes people sit up and take notice of A Northern Light. It's just a pity that it's taken so long for the wider world to be able to experience it.

"Kill It" will be released on August 5th.


Posted by Christopher McBride at 20:47