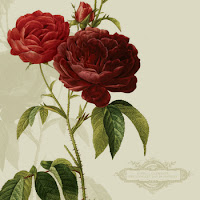 As a new year dawns, it is usually a great time to ring in the changes, attempt a reinvention or do something a little bit different. Perhaps it's fitting that the first day of 2012 sees the release of the first new material from Belfast based David C. Clements, who up until yesterday went under the moniker of Captain Cameron.

The first tunes to emerge from David C. Clements is a two track E.P entitled "The Longest Day In History." (Note to youngsters: prior to 2004, us old timers used to call a 2 track E.P a 'single'). The lead track, "Hurricane", is a slow burning 6 1/2 minute alternative folk epic that mixes entranced romanticism with multi-tracked harmonies and expansive production values.

Unlike many songs of its length, it does not waste a single nanosecond of its running time, avoiding the pitfalls of being either overly strung out nor overlong. This of course means attempting to cut it down to a radio edit would prove to be a difficult task, which probably means that the other track on the E.P, the jaunty "Not Sleeping", will pick up the lion's share of airplay.

Welcome to 2012, David C. Clements. Hopefully the year will be a good 'un.

"The Longest Day In History" is available as a free download from David C. Clements' Bandcamp page.

Posted by Christopher McBride at 23:14