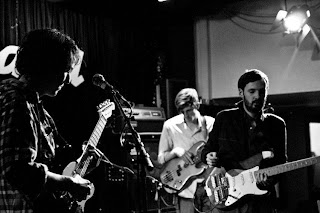 Hailing from the Netherlands, 4-piece slowcore group Luik make moody indie music that's about as fast as a three legged tortoise. The lead track from their debut album, "We're Both Extermined", is a downbeat yet atmospheric track that in-trances from the opening beat.
The band have made an equally moody video for the song, which was shot in Beijing, China:

"We're Both Extermined" is taken from their album "Owls", and is available to download for free.
Posted by Christopher McBride at 12:50

Email ThisBlogThis!Share to TwitterShare to FacebookShare to Pinterest
Labels: slowcore