Auction for the Promise Club - Under China 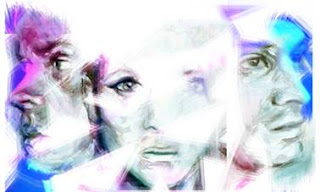 With an indie-noise based sound and a female frontwoman, it could be easy to compare Cornwall based trio Auction for the Promise Club to The Joy Formidable. However, what sets the band apart is in the vocals of Zoe White Chambers.

On the on the verses of their track "Under China", Zoe showcases a sense of real vulnerability in her voice, which has the feeling of Ellie Goulding. However, when the track hits the chorus, the heavy guitars come in and we see the strength coming back. When she shouts "take me down," we begin to feel like we're being taken down with her. It's a striking introduction to Auction for the Promise Club, and it will be interesting to see where the band will go from here.

"Under China" is taken from the band's debut E.P "One", which will be released on February 24th.