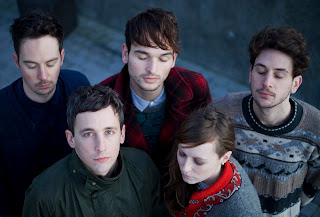 It's been a few months since I last wrote about London five piece Good Dangers. They are gearing up to release their first official single in a few months, but before that they have released a 'taster' track, which is available as a free download.

"Abigail" is a textbook example of Good Danger's creative genre-mining style - the drumming style is taken straight from post-punk, the guitars and vocals call to mind early shoegaze (the recurring 'oohs' seem to be taken straight out of "Pearl" by Chapterhouse), and the melody seems quite similar to Green Day's "Wake Me Up When September Ends."

Posted by Christopher McBride at 13:00