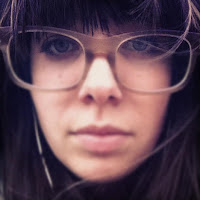 After Popjustice's sweeping declaration that Lana Del Rey is now firmly the property of pop, the hunt is on for hundreds of indie bloggers to find a new alternative chanteuse to rally behind (well, at least among those who either ignore PJ or haven't moved on to the fabulous Lucy Rose already).

Whether Boston based Tea Leigh can be that person to whip the blogosphere into that dizzy hysteria remains to be seen, but there is no doubt that there is a lot of charm in her track "Left Behind."
A song that revels in it's lo-fi aesthetics (c.f the tape hiss), "Left Behind" is a minimalist track, featuring just finger picked guitar and luscious harmony vocals, with heartfelt, delicate lyrics throughout ("love is like the schoolyard, you dared me to do it").
There is a lot of potential and charm in Tea Leigh's lo-fi recording. However, I can't help but feel that with a bit of production polish, Tea Leigh, like Ms Del Rey before her, has the potential to have something truly magical in her hands.

Posted by Christopher McBride at 12:52

Email ThisBlogThis!Share to TwitterShare to FacebookShare to Pinterest
Labels: unsigned