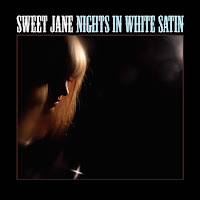 Dublin based Sweet Jane have had something of a successful 2011. Their debut album, "Sugar For My Soul", released at the tail-end of last year, received rave reviews in the press, they played at the annual Glasgowbury Festival in Draperstown and perhaps most excitingly, they supported the mighty Suede during their trio of full album gigs in the Olympia Theatre (I caught them on the "Dog Man Star" night).

To finish off this whirlwind year, the group have released a cover of the Moody Blues' classic "Nights in White Satin." Taking a different approach to the original song, Sweet Jane's version calls to mind the sound of Mazzy Star, with its compressed drums and honeyed vocals of Lydia Des Dolles. It's as if the romanticism of the original has been replaced with existential angst in this version.

"Nights in White Satin" by Sweet Jane is available to download now.

Posted by Christopher McBride at 13:17