We're nearly at the end of the line. But before we reveal what has been crowned The Metaphorical Boat's top song of 2011, let's see what songs were pipped at the post:
5. Brett Anderson - Brittle Heart
Reinvigorated by his return to the reformed Suede, Brett Anderson returned to what he does best on his 4th solo album by making a straight-up rock record. "Brittle Heart" was the first fruits of his new found energy, with thundering drums, turned-up to 11 guitars, and of course Brett Anderson's trademark lyrics. "I'll give you carpet burns and antiseptic skies," he informs us, somewhat menacingly, somewhat lovingly.

4. M83 -
The track that truly broke M83 into the public's consciousness in 2011. Whilst it might not have set the charts alight, "Midnight City" has been seemingly ever present since its release over the summer, being used as bed music for hundreds of TV shows, heavily playlisted on alternative radio stations, and being played consistently in nightclubs. Perhaps the closest to a pop song the group will ever release, "Midnight City" features an infectious synth riff, plus one of the greatest use of a saxophone in a song since possibly "Baker Street."
3. Gypsy & The Cat - The Piper's Song 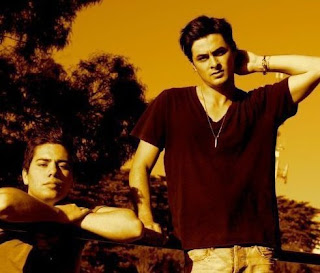 With their glo-fi electro-pop tunes in the vein of MGMT and Empire of the Sun, 2011 should have been the year that Gypsy & the Cat conquered the world. Alas, it seems as if the band will have to settle for conquering their native Australia (where their debut album went gold). Still, when the band can crank out hits like "The Piper's Song", surely they can only stay that way for so much longer.
"The Piper's Song" combines elements of the aforementioned bands with a strong 80s production aesthetic (I convinced a friend to download the song by describing it to him as "Toto in Technicolour").
The Piper's Song by Gypsy & the Cat
2. The Go! Team - Buy Nothing Day
"Buy Nothing Day" seems to have been the moment where The Go! Team stopped being a vehicle for Ian Patton's smorgasbord approach to making music, and became a fully fledged indie-rock band.
Featuring guest vocals from Beth Cosentino of Best Coast borrows the energy from The Go! Team's "Huddle Formation", but adds roaring guitars, fun vocals, and even enough room for a vibraphone solo. If the stories about The Go! Team's latest album being their final one is true, then it's great that they can leave us with such a fantastic song.
Posted by Christopher McBride at 12:43