After the countdown of The Metaphorical Boat's top tracks of 2011, it is time to move on to the 10 albums that really got me excited this year.

Although I have tried to add a semblance of order, I must admit that unlike individual tracks, chosing an order for albums can prove to be a lot more tricky. For example, should you judge an album on the basis of individual songs or on how well the album flows together? If an album has 3 of the best songs ever made, and the rest just filler, should it be seen as a better album than one with a brilliant song and several good ones? As such, many of the albums on the list could have easily have ended up in a different position.

The only exception to this however is my number 1 album of the year, a position it found itself in from the moment I heard it all the way to the end of the year.

But anyway, here are The Metaphorical Boat's favourite albums of 2011:

10. The Leisure Society - Into the Murky Water (Full Time Hobby) 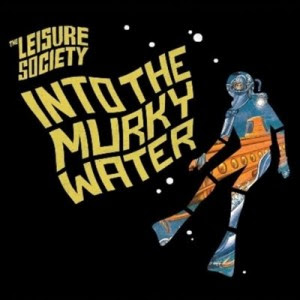 The Ivor Novello nominated folk collective released their 2nd album in 2011, which continued their pursuit of emotive, pop-orientated folk. Their use of unusual instruments, such as the piccolo, the harpsichord and the marimba (which dominates the title track of the record), helps them to stand out from the crowd.

Into The Murky Water by The Leisure Society 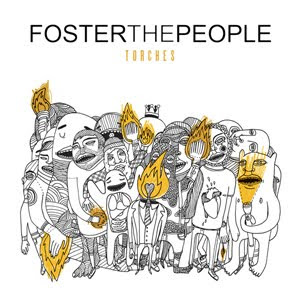 Anyone who bought Foster the People's album expecting a record full of "Pumped Up Kicks" style alternative rock would have been in for a welcome surprise when they opened the cellophane wraper of "Torches" and listened to it for the first time. As if the production credits of Greg Kurstin (The Bird & the Bee, Lily Allen) didn't give the game away, the album is dominated by smart, synth-pop tunes, such as the lead single "Houdini", infectious "Call It What You Want", and the drum-driven "Helena Beat." 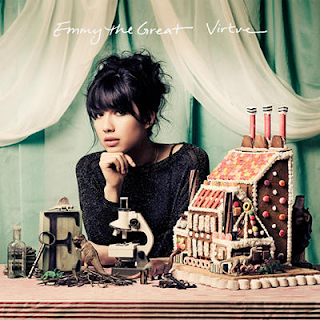 Most people know the story about the making of this album by heart by now - Emma-Lee Moss and her fiance split up after he became a Christian and left to be a missionary, after which she poured her heart into what would become the second Emmy the Great album, "Virtue." Moss is one of the most intelligent, poetic songwriters of her generation. Whilst the lyrics by themselves make for great poetry, when coupled with her honeyed vocals and understated production, the words reach new heights. "Cassandra" deals with the Greek seer, whilst "Trellick Tower", the tear-jerking closing track, is the most direct song about her break-up ("Now I'm a relic of a time gone by, kneeling to address the sky"). I'm still none the wiser as to what "Dinosaur Sex" is about, besides the obvious.

Trellick Tower by Emmy the Great 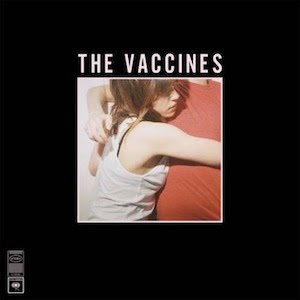 The Vaccines' debut album is one that I have had a love/apathetic relationship with over the past year. Whilst I adore the sub-2 minute punk-pop of "Norgaard", "Wreckin' Bar (Ra Ra Ra)", the rest of the album didn't excite my for a long time. The good news is that by the end of the year, it finally clicked with me. Although The Vaccines might not have been the saviors of rock that they had been predicted at the start of the year, they definately put up a great fight on their debut album. "If You Wanna" calls to mind the fun times of the mid 00s indie rock revival, whilst "Wetsuit" and "All in White" show that the band are just as good with the slow songs (even if the former does sound like "Campus" by Vampire Weekend played at the wrong speed). What sealed the deal for me was the hidden track, "Somebody Else's Child", a lo-fi piano track about being raised by a different father, showing the tender side to the band's repertoire. 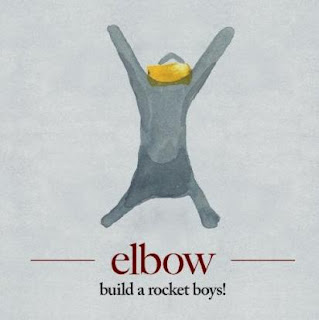 If ever there was a band that demonstrated why the album format isn't dead in the MP3 era, then Elbow would be it. Describing the album as the first where the band weren't under the risk of the axe if it went wrong, the band put out an album free from big radio hits. But what it lacks in 3 minute ditties, it more than makes up for in heart and emotion. From the sprawling 8 minute opener of "The Birds", through the tender "Lippy Kids" and the stadium sized "Open Arms", the Mancunian boys have made an album that flows perfectly from start to finish, and is all the better for it. 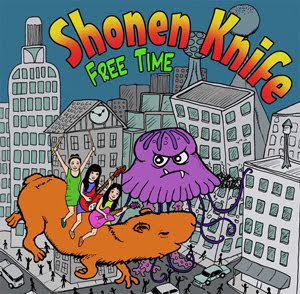 Despite their 30 year career, I had never heard of Japanese pop-punk trio Shonen Knife before this year. That all changed when I was wowed by their Belfast gig in August, and immediately bought their most recent album, "Free Time." While they might not win awards for lyrical philosophy ("Rock & Roll Cake" is about wanting to sleep inside a pastry), they more than make up for it in pure, unadulterated fun. From the opening track "Perfect Freedom", through to "Capybara", a reggae tinged ode to a South American rodent, the group will have you smiling throughout. Even their attempt at a political song, "Economic Crisis", has a sense of playfulness to it (sample lyric: "Breakout! Breakout! Where's the missing money?") 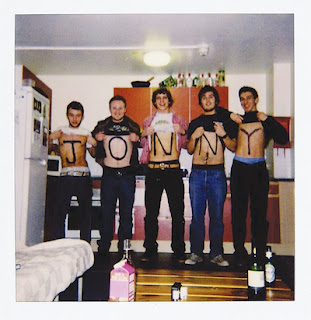 Norman Blake (of Teenage Fanclub) and Euros Childs of Gorky's Zygotic Mynci got together to record an album, taking in all types of genres and styles that influenced them over the years. The result of this was Jonny.

The self-titled album spans across genres like glam-rock (on the opening track "Wich is Wich"), Beatles-esque power-pop ("English Lady"), and even some tracks that call to mind the artist's main bands ("Circling the Sun" could have easily fit onto the Fannie's "Grand Prix" album). The absolute highlight of the set is "Cave Dance", which starts as a rock and roll stomper about the first caveman rockers, which morphs into an 11 minute prog-rock belter. There is a kaleidoscope of sounds on "Jonny", which means that there is bound to be something on the album at anyone can enjoy. 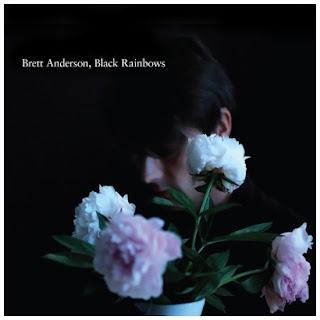 On his fourth solo album, his first to be released on a major record label since his Suede days, Brett Anderson chose to go back to his roots and record his first solo rock album.

The recording process for the album was a rather strange one, particularly for a solo artist. His band (which featureed producer Leo Abrahams and drummer supremo Seb Rochford) would spend several days jamming it out, after which Brett picked 10 individual parts that he liked and worked out melodies and lyrics for each of these. This spontaneous method of writing bore fruit on "Black Rainbows", which is easily the best thing Brett has done outside of Suede (and The Tears).
Brittle Heart by Brett Anderson 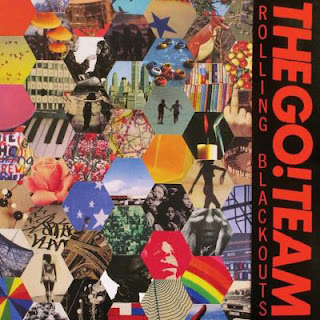 The third (and quite possibly final) album from The Go! Team sees the group take on a more live-orientated sound on tracks such as "Buy Nothing Day" and "Ready to Go Steady", as well as harking back to the 'traditional' girl-group hip-hop sound of The Go! Team on "T.O.R.N.A.D.O" and "Voice Yr Choice", whilst also fitting in two short quirky instrumentals; "Super Triangle" and "Lazy Poltergeist". If this is the record that signals the end for the group, I can't see a better way of epitomising what made me fall in love with the group.

Ready to Go Steady by The Go! Team

1. The Pains of Being Pure at Heart - Belong (PIAS) 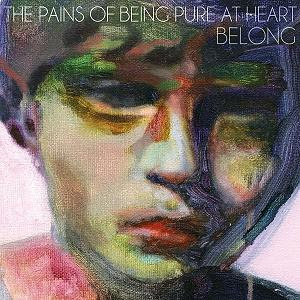 And my favourite album goes to The Pains Of Being Pure at Heart with their superb sophomore album "Belong". After their debut album become something of a surprise hit, the group did the smart thing of taking everything that was good about their debut album and amlpifying it. Just like the kids on the debut album's cover have moved from black and white to something much more colourful, so too has the sound of the band. The distracting lo-fi production of the debut has been replaced by an expansive production aesthetic, as masterminded by uber-producer Flood. 80s influences domiate the proceedings this time around, with "Heart in Your Heartbreak", "Belong" & "Even In Dreams" being the highlights of this indie-pop set.

After the initial promise of their debut, "Belong" is the album that the band knew they could make, and they did a fantastic job of it. The only question now is, how can they possibly follow a perfect album?

Posted by Christopher McBride at 14:39