We're almost at the end of the road, with only ten songs left in the countdown. This section covers songs ranked 10-6, and also features a little bit about what I adore about each one.
10. Mazes - Most Days 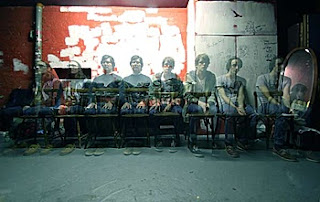 Kicking off the top 10 is "Most Days" by Manchester quartet Mazes. The maxim of the band appears to be "why spend too much precious time creating post-3 minute songs when you can do it better in under 2? So in 108 seconds, the band fit in two verses and an infectious guitar riff, before changing the melody completely for the last 40 seconds, incorporating elements of punk, indie-rock, pop and surf without feeling either convoluted nor rushed.
Most Days by Mazes
9. Tribes - We Were Children
When I first heard "We Were Children" back in May, my initial thought was that it sounded like a Manic Street Preachers b-side. As anyone who has ever heard "Mr Carbohydrate" will testify to, that is not an insult. "We Were Children" is a Britpop meets The Pixies anthem which longs for a better time, in this case, the mid 90s. And who wouldn't want to go back to then?
8. The Wonder Villains - Zola 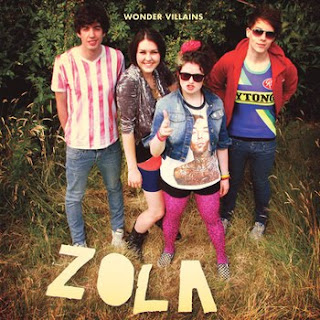 Derry based electro-pop The Wonder Villains have been floating around for a few years now, but 2011 has been the year where the world has started to really pay attention to them.
Released in October and produced by Rocky O'Reilly (formerly of Oppenheimer), "Zola" was the group's first 'official' single release, and contains all the elements that make them such an exciting group - fun, pop-culture infused lyrics and bouncy melodies dominate the song, which is an affectionate tribute to Chelsea's diminutive striker Gianfranco Zola. Listen to the song just once, and you feel as giddy as a 7 year old after consuming £1's worth of pixie sticks.
Zola by The Wonder Villains
7. Jonny - Candyfloss
And from one sugary song to another. Jonny is a collaborative duo guaranteed to bring a smile to any indie kid's face, comprising of Normal Blake (Teenage Fanclub) and Euro Childs, formerly of Gorky's Zygotic Mynci. "Candyfloss" features both gorgeous melodies and a real sense of fun that seems to have been lacking on Teenage Fanclub's most recent material.
6. Foster The People - Pumped Up Kicks
"Pumped Up Kicks" has been one of the unlikeliest monster hits of the year (and I mean monster - at the time of writing, the official video has been viewed over 47 million times). The song puts a greater emphasis on atmosphere rather than out and out pop hooks, adding a sense of menace to its rather foreboding lyrics. It's also home to perhaps the most sinister whistling in a pop song in 2011.
Posted by Christopher McBride at 00:30