Hot Shorts - metaphor for [something] 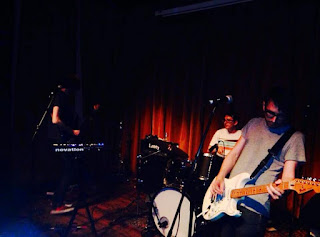 We haven't written about Manchester band Hot Shorts since the release of their "Web Design" E.P three years ago. Although they have been keeping themselves busy, releasing an album near the end of 2016, and recording sessions on 6music for Mark Riley.

They've also just released a new single, which as good a time as ever to venture back into their world. "metaphor for [something]" sees the band mix Guided By Voices-esque slacker-rock with sardonic, stream of consciousness lyrics, tackling issues such as hair loss, teeth pulling, and trying to make money from blogging (the latter of which is something we would know absolutely nothing about). It's a great, tickling song of scuzzy loveliness.

"Metaphor for [something]" is available as a postcard single through Art Is Hard Records.