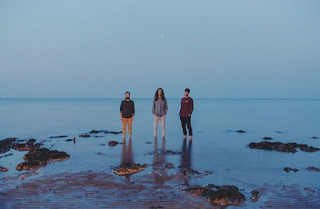 Three months in to 2017, and we at The Metaphorical Boat have already enjoyed what will be our favourite gig of the year - Bear's Den at the Limelight in Belfast. A fantastic mix of their older folksy songs and their newer, more synth-pop inflected tunes, alongside some moments which you wouldn't get at any other gig, such as when the entire band came off stage to perform "Isaac" completely unplugged in the middle of the crowd. Plus, "Auld Wives", this blog's favourite song of 2016, nearly reduced us to tears, something that we don't usually allow to happen to ourselves in public places.

The support act were pretty decent as well, a London based trio who go by the name of Banfi. We enjoyed their set, with two songs in particular standing out. The first one was "June", a catchy as heck song that reminded us quite a bit of The Police in places. Alas, that song hasn't been released as a single, but the second song that caught our attention, the song they closed their set with, has.

That song is "Rosedale House", a driving piston of a song in the mold of Bruce Springsteen, or Ten Fé at their more rocky. The band are currently signed to Communion Records, the same as their tour buddies Bear's Den, so should expect to hear more from them over the next few months.

"Rosedale House" is out now.