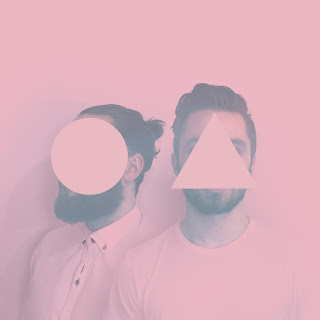 Back in February, Belfast trio/duo* Tuskany got a lot of people excited with their debut single, the synth-poptastic "Better Time", picking up a lot of blog love and local love along the way.

Their follow-up single is "Shapes", a song that follows on nicely from the synthy stylings of their debut, and sees the group starting to forge out their own particular musical identity. Dollops of electronic sounds, catchy choruses, and a towering (and gloriously unfashionable!) guitar solo make this a fine addition to the band's ever growing wall of sounds. Like Roqueford or Camembert, "Shapes" is cheesy, but wrapped up in fashionable attire.

*The press image for the band's debut single presented Tuskany as a trio, however the promo pics for this release seem to depict them as a duo. Although they still play live as a trio, one of them has taken a step back from 'official member' status, so technically there's both two and three members of the band. Hopefully that's all well and clear.
Posted by Christopher McBride at 14:56