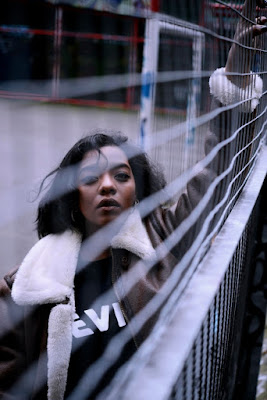 Having held out on it for several years, just after Christmas I finally bit the bullet and subscribed to Spotify premium. For ages I'd barely even used Spotify, even at the cost of 0 per month, preferring iTunes/Apple for listening to music on the go and in the house, and YouTube as my go-to for tracks that I didn't own.

However, after several computer issues that left my iTunes virtually unable to be updated, I took the plunge and subscribed to the system, and I've barely looked back since. Being able to download playlists to listen to offline is brilliant (especially when on long walks far away from any access to the internet), and the playlists on offer to download are wonderfully diverse (although admittedly our first port of call is usually the 6music Playlist - it's barely let me down yet). As a consequence of moving over to Spotify, the amount of music that I've downloaded from iTunes has decreased exponentially, although that's a discussion for another time.

Perhaps my favourite feature of Spotify since I've started using it more often has been the Discover Weekly playlist. It looks at the music that you've listening to on Spotify and picks a playlist of 30 new tracks that it thinks you will like, in theory becoming more attuned to your musical taste the more you listen to. From personal experience, it's definitely got much more intuitive over time (in the first week I used it, 29 of the 30 tracks consisted of gospel music, which is a little bit too much for my liking), and I have discovered some genuinely fantastic songs that I would not have come across otherwise.

Which leads me, after three paragraphs of long and winding foreplay, into "Money", the latest single from London based artist Rukhsana Merrise. She isn't an artist who I would have heard about had her music not ended up on my Discover... playlist (her music appears to be very popular in Holland, if her Spotify stats are anything to go by), and I'm not entirely sure what songs I listened to that gained it admission to my list, but I'm very glad that it did. "Money" is a song that mixes elements, of pop, soul, trip-hop and Indian music into one brilliant, cosmopolitan package.

Posted by Christopher McBride at 20:58