Stop The Wheel - Shape Up 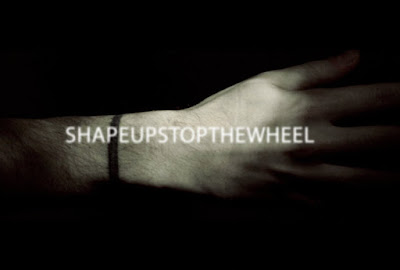 If you'll pardon the rather clumsy pun, the song "Shape Up" by Stop The Wheel really stopped us in our tracks when we heard it on Across The Line this week.

Stop The Wheel is the solo project of Francesco Candura, who was previously the guitarist in Italian psychedelic band Jennifer Gentle, and signed to Dublin based label Little Gem Records. The project is described as "R&B played at a campfire", and I don't think there's a better way to describe the sound of their debut single, "Shape Up".

The song is built around a simple acoustic guitar and handclap rhythm, which give a much earthier flow to the vocals than you might expect compared to the more electronically driven modern day R&B. However, the moment you truly realise that Stop The Wheel have something very special on their hands happens 1:39 into the song, when a wonderfully warm yet unnatural, higher pitched counter melody comes in, like something taken from the Alan Lomax field recordings, which juxtaposes the more harshly delivered main melody perfectly.

"Shape Up" is a wonderfully understated banger of a song, one that sounds like nothing else being recorded at the moment. Here's hoping that more people pick up on its unique sound.


Posted by Christopher McBride at 21:31