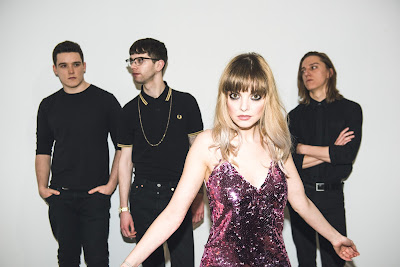 That all important fountain of knowledge known as Wikipedia informs us that Anteros is:

a) the name of an asteroid in a far flung part of the galaxy
b) the god of unrequited love in Ancient Greek mythology
c) a neo-tropical genus of butterfly
d) an American automobile company
e) a 3rd century Pope.

But from which of those did London based four-piece Anteros derive their name from? Scroll down to the bottom of this post to find the answer, but before you do take the time to listen to the band's latest single. "Breakfast" is a song about being bored by a partner who keeps you up late for all the wrong reasons, sung over a wonderfully breezy indie-pop tune. They've been compared to The Drums elsewhere, and there's definitely a little bit of Real Estate and Skaters in them as well.

"Breakfast" is out now.

Answer: b) They took their name from the god of unrequited love in Greek mythology. I love quizzes.
Posted by Christopher McBride at 22:13