Day two of The Great Escape 2016 has now concluded. Here are the artists we saw today, complete with pithy reviews and hastily taken pictures - 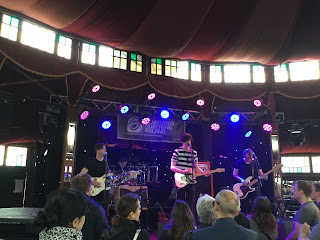 I almost didn't go to see Bry on the basis that I wasn't cool enough for him (he joked during the set that it was different for him to play to an older audience who have commitments), but it was very much worth it. He's got a few decent songs up his sleeve, and although they might not entirely be to my taste, I can see why he's so popular with his audience.

In addition, if he ever decides that music isn't for him, he's definitely got a 2nd career in stand-up in front of him, as his adorkable stage banter had me in hysterics throughout. 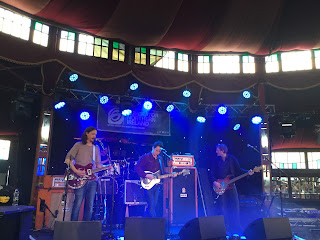 A few technical issues aside, exmagician put on a great set in the Spiegeltent, which should come as a relief to anyone who was worried that they wouldn't be able to deliver the goods post-Cashier No.9. 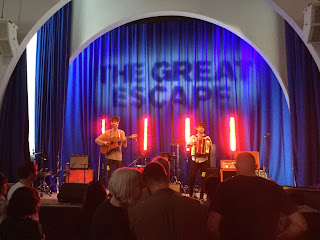 Just when you think you've seen all the accordions you're going to see over the weekend, another one pops up out of the blue. The Strontian brothers sing folk songs about the travails of youth, albeit a little more sweary than you'd expect from the average accordion-powered outfit - Nathan Carter this ain't. "Nigerian Princess" was the highlight of the set. 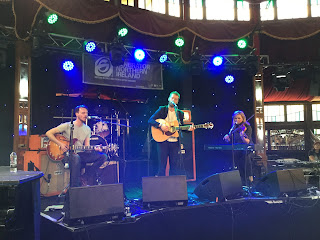 Shamefully, having written about Ciaran Lavery on the blog for years, this was the first time that I've had the pleasure of seeing him live (although I did see him as a member of Captain Kennedy). A really confident set from Ciaran, with his tender acoustic songs going down well with the crowd, and should line things up nicely for the release of his new album next week. 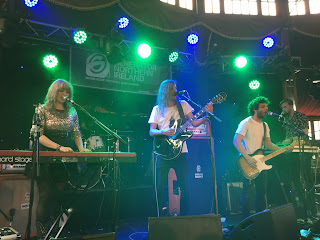 I sure did spend a lot of time in the Spiegeltent.

The tent was crammed by the time Pleasure Beach came on, and it's unsurprising to see why. Their driving synth-heavy rock really got the crowd going, and songs that those of us have grown to love, like "Go" and "Dreamer To The Dawn", sounded fantastic live.

There was one point of contention during the gig - during the last five minutes of the set, some monstrously side-burned twit started taking photos of the band, holding his phone directly in front of the face of some of the members in a highly disrespectful fashion, and although I'm unsure how the band felt about it, it didn't sit well with myself and some other members of the audience. 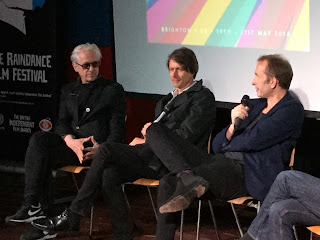 
I got to meet Suede. Words cannot describe my joy at this. 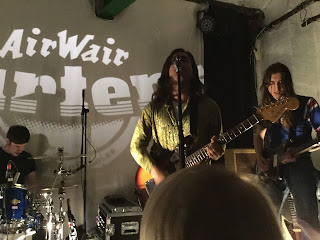 Lovely, scuzzy indie-rock with plenty of bite. "Baby's Alright", a song with dark, pointed lyrics disguised by a poptastic chorus, was the highlight. 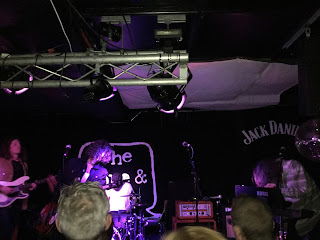 And the last band of the day was very much the highlight. Although this Ten Fé gig was in a smaller venue and shorter than the first time I saw them, I enjoyed this one a lot more. "Make Me Better" is still as captivating as ever, and more recent singles "Elodie" and "In The Air" are definitely clicking with the audience know that they're better known. There was also a new song in the set, which I think is called "Twist My Arm", which I have a feeling is going to be a favorite of mine once it gets releases officially.