So like a bat out of hell, the first day of The Great Escape 2016 has concluded. Much merriment has been had by all, including yours truly. Here are the artists that The Metaphorical Boat saw on day one, brief thoughts, as well as our traditional blurry, hastily taken pictures - 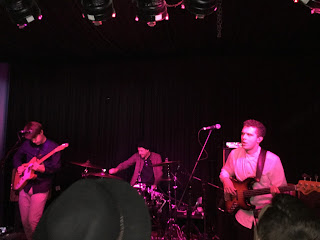 Having known very little about the band before the festival, I went to see these South Africans based solely on the fact that their name is a pun on the great cake known to mankind. A smart move, as the trio treated us to a solid set of Afro-pop in very much in the style of Vampire Weekend. A good opening. 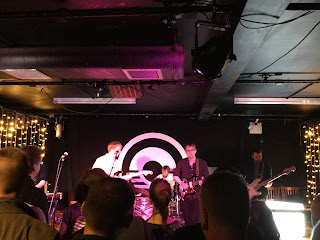 Decent lo-fi indie-pop that reminded me a little of Belle & Sebastian or Los Campesinos!. I wasn't blown away by them, but it gave me enough reason to look in to them more. 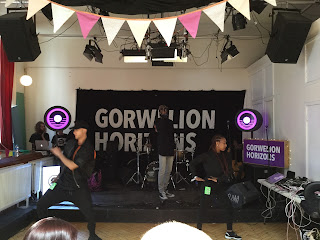 The good thing about the Great Escape is that it gives you a chance to sample genres and acts that you wouldn't normally give the time of day to. I'm not a big fan of hip-hop, and whilst I recognise that Reuel Elijah is good for his genre, his performance wasn't enough to convert me. Nice dancers though. 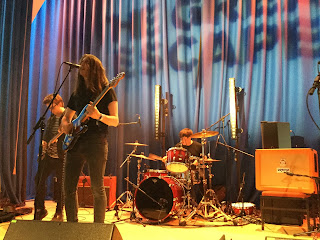 The Glasgow band were undoubtedly the highlight of the day - their highly charged set of garage-rock really grabbed me, and already they've got at least five or six songs that could make an impact, including their brilliant single "L.U.V".

They also delivered one of the funniest moments of the day when they asked everyone who wasn't part of the music industry to raise their hands, and acted with delight when mainly regular punters raised their hands. 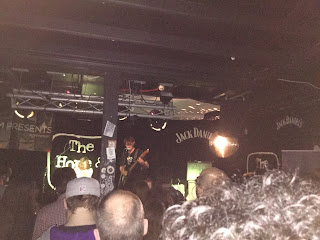 Caught a few songs from the duo whilst passing through. Garage-rock of the Royal Blood variety. Not for me, but the room was absolutely heaving. 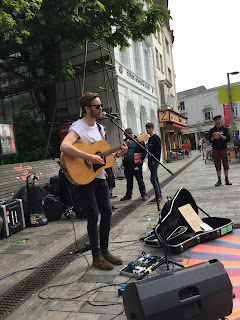 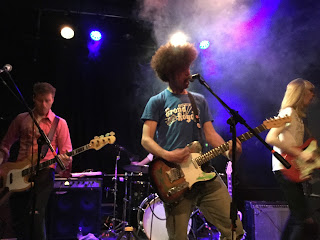 To say that these guys are a rambunctious lot would be an understatement - at two points during the set their lead singer jumped directly into the crowd without warning, almost knocking over yours truly in the process. Still, no harm was done, and you can't deny they've got some great noise-rock tunes in them. 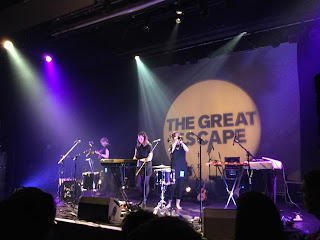 Dandered in to see this trio due to another act I wanted to see was full-up. The post-rock trio didn't really grab me, although I applaud the efforts of any band that try to bring the accordion back into popular music. 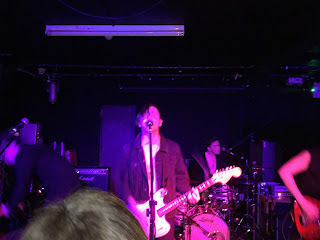 See Asylums (above), with the exception that they had the good grace to announce 5 minutes in advance that they were about to jump into the crowd. They had a similar noise-rock sound to Asylums too, wouldn't be surprised if they ended up going on a joint tour at some point. 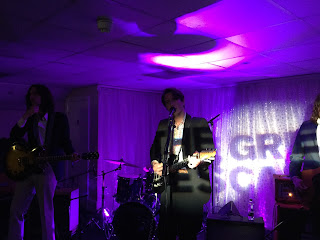 Didn't do anything for me, although I do feel that if I'd seen them earlier in the day before a lot of the other bands, I would have enjoyed them a lot more. 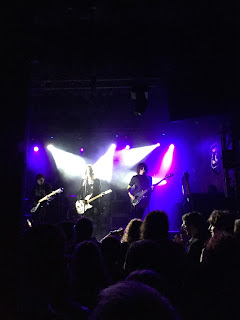 There was a 15 minute walk to get to this venue, but was definitely worth the journey for Blossoms, who for lack of a better phrase, have blossomed into a slick, confident live act. "Charlemagne" remains the highlight of the set. 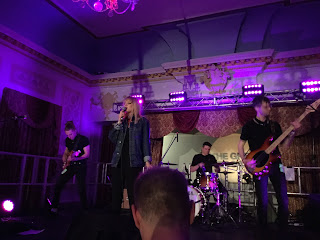 And the day finishes on a real high courtesy of Anteros. Laura Hayden has all the qualities of a great frontwoman - great charisma, great voice, and when she sings, it feels like she's only addressing you (although given some of the subject matter of some of their songs, that might not always be a good thing). There's one song in their set, "The Beat", which has the hallmarks of a breakthrough single if it gets the right push.

Posted by Christopher McBride at 10:31