So my Great Escape escapades have concluded for another year, having seen some great artists along the way. Of course, with so many artists on offer, and so many people wanting to see all the artists on offer, there were a few acts that I wanted to see but alas, couldn't get down to, so apologies to Johnny Lloyd, The Zolas & Have You Ever Seen The Jane Fonda VHS Tape?, who hopefully I will get to see at some point in the future.

So here are the acts that I did indeed see on Saturday, the final day of The Great Escape 2016, complete with rushed photography - 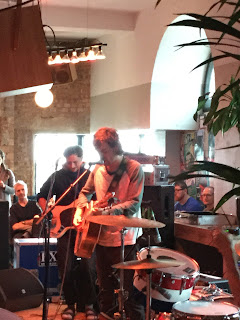 Canadian singer-songwriter, whose songs gave up Hozier-y vibes throughout. Not really my cup of tea. 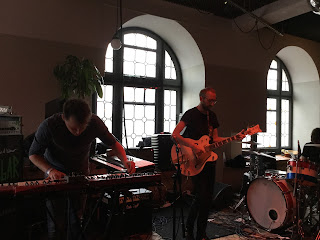 The Belgian group were an unexpected delight, with the trio's experimental instrumentals being engaging and infectious without encroaching into the realms of self-indulgence. 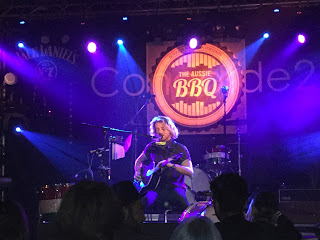 The Australian delegation have a tradition of hosting a barbecue at Concorde 2 whilst showcasing their artists at The Great Escape, in the hope that hungry festival goers will make the walk down the pier to enjoy the Antipodean artists on offer whilst gobbling down a complimentary hot dog (I'll put my hands up and admit that's the main reason why I headed down to it, just like I did in 2014).

But I am truly thankful that they done so, for without it I would not have enjoyed the undoubted highlight of the weekend, singer-songwriter Kim Churchill. Armed with just a guitar, harmonica and stomp-box, Kim put on a captivating performance, creating a sound that filled the room, calling to mind a bluesier, world-weary Ed Sheeran. "Window In The Sky" sounds like it has monster hit written all over it, whilst another song written about an elder man who fell in love with Kim's grandmother as they were both dying was just beautiful. I really hope that his performance at TGE leads to him picking up a following over here, because if his performance in Brighton is anything to go by, he sure can deliver the goods. 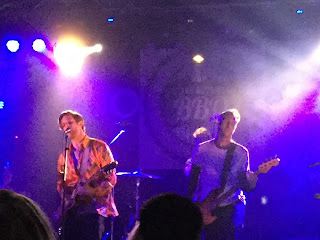 Following up my favourite act of the festival was always going to be a tough act to follow for The Reubens. Their blues-y indie rock didn't click with me as much as I would have liked it to, but it looked as if that didn't matter one jot - the room was absolutely heaving whilst they were on stage. 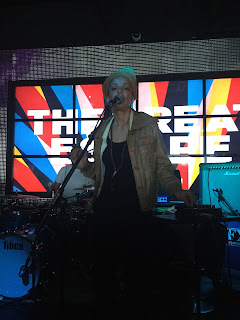 French singer Siska is another of those artists that want to bring the Bristol sound/trip hop right up to date, and she does so in fine form, with a great set of songs that would very much do Portishead or Massive Attack proud. 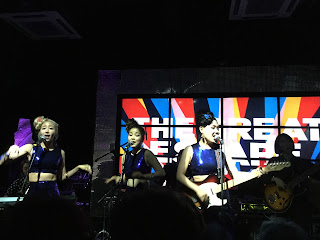 Every 10 years or so, an act comes along that wants to revive the doo-wop sound of the 50s a la The Andrews Sisters. The last band to attempt it was The Puppini Sisters, with somewhat mixed results, and at The  Great Escape this year there was the chance to witness the next contenders to the crown - Korean trio The Barberettes.

And do you know what? Their set was the most fun that I had at the festival all week. Their performance consisted of several self-penned songs (including one which apparently was a hit in 16 countries), as well as a few covers (including "Valerie", "The Shoop Shoop Song" & the song that all close-harmony singers are required to cover by law, "Mr Sandman"), and throughout the whole set, I had a big stupid grin on my face.

One imagines that a major label over here will pick up the girls and rush-release an album targeted at the Christmas market, which would be both a joy and a shame at the same time. 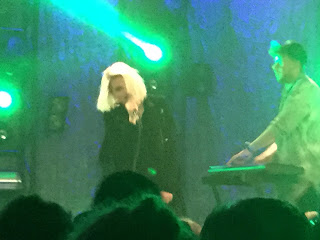 And the final act I saw at The Great Escape this year was Scottish singer Kloe. Whilst her ice-cold electro didn't always hit the mark for me (although "Teenage Craze" is one undeniably fine song), you've got to have respect for an artist who can perform to such a high level whilst being in a state of complete and utter inebriation.
Posted by Christopher McBride at 18:57