Shy Around Strangers - Never Look Down 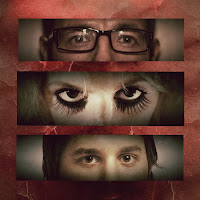 If Blondie were starting out today rather than in the murky depths of the 1970s, then I imagine they would sound a little bit like New York trio Shy Around Strangers. Their debut single "Never Look Down" (which is available as a complimentary download), shows a band starting as they mean to go on, with the powerful raspy voice of Emily Powers dominating the song, which wouldn't sound out of place on the Yeah Yeah Yeah's "It's Blitz" album.
Posted by Christopher McBride at 22:12