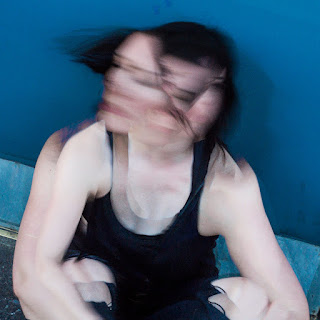 Paths is the new solo project of Julianne Shawe, a name that may be familiar to followers of local Northern Irish music over the past few years. She was one half of electro-rockers Nakatomi Towers, a favourite of ours who predated this blog (a few of their songs can still be found online), and more recently was a member of Go Swim, responsible for one of our favourite songs of 2014.

Having now gone solo as Paths, her debut single gives us a great insight into what music we can expect. Produced by Rory Friers from And So I Watch You From Afar, "Neoprene", which we have since learned is a synthetic rubber, which among other things is used for making wetsuits, sees Julianne move back in a more electronic direction, with pulsating drum & bass beats melding with her vocals effortlessly, with elements of Jamie xx, Grimes, and New Portals firmly in the mix. It's a starkly striking debut, and one that could see Paths stand out of one of the most exciting new local acts of the year.

"Neoprene" is out now. Paths' first gig will be on February 16th at Output Belfast.