Bokito - Better At Getting Worse 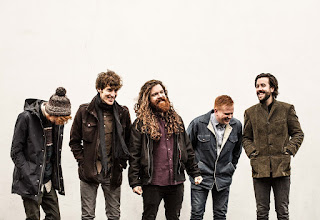 The first time I came across the name of the band Bokito, I automatically assumed they were Japanese. I saw their name on the website for The Great Escape, and based on my incredibly rudimentary knowledge of the syllable structure of the Japanese language, assumed that was where they were from.

However, it turns out that I am wrong, as Bokito are in fact based in London, with their lead singer hailing from Kilkenny. In fact, I am now even less sure that bokito is in fact a Japanese word still in use. I've found a dictionary that seems to suggest that it's an onomatopoeic word for the snapping of fingers or a radish. However, as that dictionary dates from 1892, I cannot be sure if it is still in use in contemporary Japan. If you know better than me as to whether that is indeed the case, please let me know, for I am genuinely curious.

But back to Bokito the band. They describe their sound as a "tropical indie", which straight away means you're likely to get instant Vampire Weekend comparisons. "Better At Getting Worse" is the first track to come across our radar, and it's a decent introduction to the band, filled with organ sounds , unconventional Afro-beat rhythms, and vocals that sound surprisingly close to those of Marcus Mumford. It sounds like they'd be great fun to see live, which hopefully we'll get the chance to do at The Great Escape in May, now than I know who they are.

"Better at Getting Worse" is out now.

Posted by Christopher McBride at 16:24