And So I Watch You From Afar - Like a Mouse 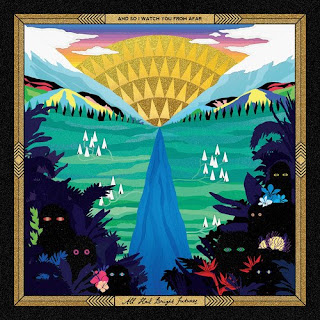 This morning, both my Facebook and Twitter feeds exploded simultaneously with the news that Belfast's loudest, heaviest and most respected post-rockers, And So I Watch You From Afar, are gearing up to release their third studio album next year.

Much has changed in Afar Land since the release of their last album "Gangs". The band have consolidated to a three piece following the departure of Tony Wright (now plying his trade as VerseChorusVerse), and the band's record label has shifted to Sargent House, following the winding up of much respected Dublin label Richter Collective.

What hasn't changed however, is the group's knack for a killer tune, as evidenced by the first song to be taken from their upcoming album. "Like a Mouse" is a great re-introduction to the band featuring some of their trademark sounds - loud guitars, shifting time signatures and riff, and lyric-less chants tailor made for live audience shenanigans.

The band's 3rd album, "All Hail Bright Futures", will be released on March 19th.

Posted by Christopher McBride at 23:00