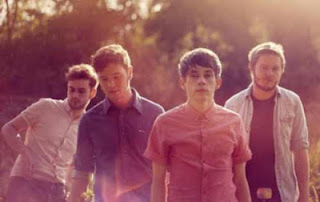 Following the great reception to their recent singles "The Age You Start Losing Friends" and "Don't You Ever", Belfast band General Fiasco are gearing up to release their sophomore album, which is their first for Dirty Hit Records (home of Little Comets) and their first full-length with former Panama Kings guitarist Stuart Bell augmenting their line-up.

The final single to be released before the album comes out is "Bad Habits", which is their most mature, and possibly strongest song to date. Filled with the massive guitar lines that have become a trademark for the band, with a sense of melancholy hidden behind its soaring power.

"Bad Habits" is taken from General Fiasco's 2nd studio album "Unfaithfully Yours", which is released on July 30th on Dirty Hit Records.

Posted by Christopher McBride at 15:08