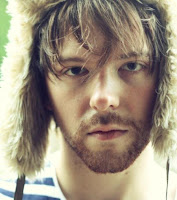 Things have been going rather swimmingly recently for Peter McCauley & company in the Rams' Pocket Radio camp. They were playlisted on BBC Radio 1 (although oddly enough it wasn't with their current single at the time, "Dogs Run in Packs"), they supported Snow Patrol during one of their sell-out performances in Belfast's Odyssey Arena, and have a tour of the United Kingdom scheduled for February which already has several sold-out dates. Now they are gearing up to release their latest single, "1+2", which combines all the elements that make them so attractive in the first place - massive piano hooks, anthemic production and the empassioned vocals of Peter McCauley. With a bit of luck, this will hopefully be the song that pushes them over the hill into the mainstream consciousness.

Posted by Christopher McBride at 23:34

Email ThisBlogThis!Share to TwitterShare to FacebookShare to Pinterest
Labels: Tips for 2012