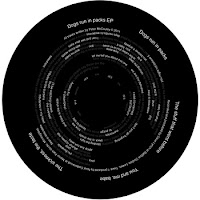 Ever since I heard the demo version of "Dogs Run In Packs" by Lisburn's Peter McCauley, aka Rams' Pocket Radio back in 2009, I immediately fell in love with it, declaring it one of my top 10 tracks of the year, and keeping it on constant rotation on my iPod ever since. Now the song is being released as the lead track of his latest E.P, and with it a much more expansive production. As well as a few slight lyrical changes, this new version sees the pianos beefed up and walls of guitars added to the mix.

At the time of the original release, I joked that "Dogs Run In Packs" would be the perfect soundtrack to the final minutes of an episode of an American teen drama, where the unrealistically beautiful boys and handsome girls learn an important life lesson and grow a little inside. With this re-recorded version, the Music Supervisors of America have absolutely no excuse.

Whilst the other songs on the E.P don't have the same immediacy as "DRIP", they still showcase Mr McCauley great songwriting chops with the electro-candlelight tenderness of "You and Me, Babe" being the other highlight of the E.P

"Dogs Run In Packs E.P" by Rams' Pocket Radio is available to download from good MP3 stores, whilst the CD version will be available at the end of October.

Posted by Christopher McBride at 23:18