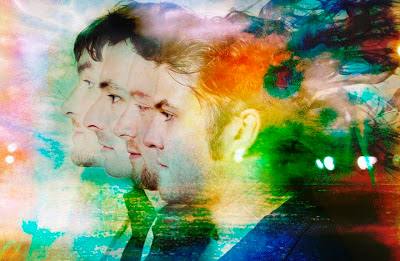 First, a point of order - the last time we talked about the Derry based quartet formerly known as Little Bear, we referred to them as PØRTS. However, recently it has come to our attention that this is incorrect.

The diacritic overlay through the "O" wasn't an official part of the band's name - it was more a stylistic decision to go alongside the release of their first single under their new name. As such, their name is, and always has been, PORTS. I would question why they would go for a name that is much more hard to Google, especially given the fact that having a familiar name was the reason why they changed it in the first place, although we imagine it's much easier to type on a regular QWERTY keyboard.

But let's leave the semantics to one side for a moment, for the band have just announced the release of the first single which will appear on their long awaited debut album. "Gameplay" sees the band continue their long track record of producing emotional yet effective folk-haunted indie-rock, albeit in a much more polished form than we've heard from them before.

"Gameplay" will be released on October 12th.