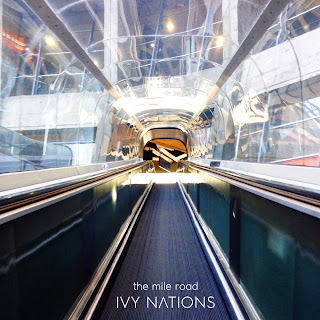 Some fine indie-rock appears to be the order of the day from Dublin 4-piece Ivy Nations. There's very little information about the band available on the internet outside of those minor tidbits - it appears the band seem to prefer to let the music do the talking at the moment. But if their debut single "The Mile Road" is anything to go by, then there's going to be lots of people who are happy enough to listen. It's a danceable rock tunes very much in the mold of Two Door Cinema Club or a little less jittery Everything Everything. It's a fine debut single, and a welcome introduction to a band who may be worth keeping your eyes on.

"The Mile Road" will be released on September 21st.

Posted by Christopher McBride at 18:43